Meet Dr. Paul Ward | What Sets Us Apart | Testimonials | Before and After | Patient Rewards 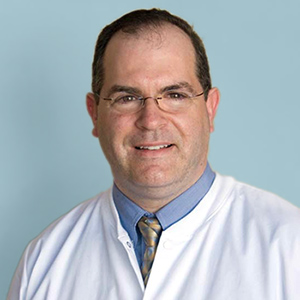 Dr. Paul Ward is an orthodontist in Lansing and Okemos, Michigan. He specializes in providing quality orthodontic treatment for children and adults. He utilizes only the best braces, including traditional, self-ligating, and the Invisalign® system.

Dr. Ward grew up in a suburb of Detroit and was a talented student athlete. He attended Oakland University while in high school and graduated at the top of his class.

After high school, Dr. Ward attended Michigan State University, then the University of Michigan School of Dentistry. He was elected president of his dental class, earned an academic military scholarship, and again graduated at the top of his class. He was elected to Omicron Kappa Upsilon, the national dental honor society, and received numerous awards and honors.

After dental school, Dr. Ward served as a Captain in the United States Army. He was stationed at Madigan Army Medical Center, Fort Lewis, Washington, where he practiced hospital dentistry, trained Red Cross volunteers, and was assigned to the 673rd Medical Detachment. Dr. Ward is the fifth consecutive generation of his family to have served in the armed forces.

After military service, Dr. Ward returned to the University of Michigan, which is recognized as having one of the top orthodontic programs in the world. He completed a three-year residency and received a Master of Science in orthodontics and dentofacial orthopedics. Dr. Ward is a board-certified Diplomate of the American Board of Orthodontics.

Dr. Ward has been in private practice in Lansing since 1999. He is active in the greater Lansing community as well as in organized dentistry. He has served as president of the Michigan Association of Orthodontists, and as a state board examiner for the Michigan Orthodontic Specialy Exam. Dr. Ward also served on the peer review committee for orthodontics for the Michigan Dental Association. He served as editor for the Central District Dental Society, and volunteered in the Cleft Palate Clinic at Sparrow Hospital.

Dr. Ward and his wife have been married since 1990 and have two wonderful daughters. He enjoys attending local high school and collegiate sporting events, and is a patron of the Wharton Center. He also enjoys the outdoors and is an avid boater.